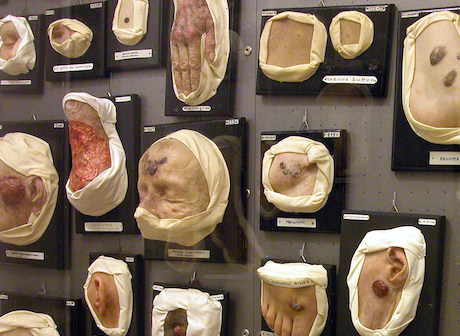 Alphonse Devergie and Charles Lailler, heads at Saint-Louis, Armand Husson, Director of the Assistance publique, and Jules Baretta, were the main workers of the creation of the Museum. A craftsman specializing in the production of artificial fruits, Baretta was "discovered" in 1863 by Lailler who was looking for an artist talented enough to depict skin diseases. Baretta accepted Lailler's offer and set up a workshop in Saint-Louis where he improved the moulage technique. He produced his first moulage in 1867, still in relatively good condition. The collection grew rapidly.The vividness of the wax pieces incited the dermatologists to make more and more moulages. The creation of a proper museum was then regarded as a necessity.

The Museum was officially inaugurated on August 5th 1889, the opening day of the world congress. More than 2300 moulages made by Baretta were exhibited producing enthusiastic comments from the congress attendees. When returning to their homes, several foreign dermatologists created wax museums and ordered Baretta moulages of skin diseases. Baretta, therefore, contributed to the enrichment of several collections abroad (USA and Germany notably) and improved his own circumstances.

Since 1992, the moulage collection has been listed as an historical monument. Today, more than 4800 moulages are exhibited and catalogued. The last one was made at the request of Prof. Degos in 1958. The collection is the world's largest in dermatology. Some of the moulages are in bad condition; most of them are dirty. A thousand of them have been cleaned. 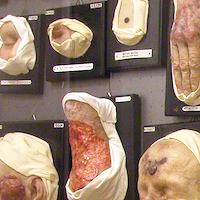 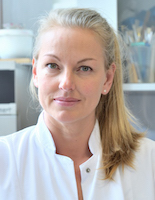